A public policy research organization was staring down two deadlines: the usual end-of-year fundraising deadline and an opportunity to help Congress pass major legislation that represented years of their work. It would be their biggest-ever victory. The legislative landscape, however, was fluid. Lawmakers were still hammering out the bill, its details were changing daily, and there was always a chance it wouldn’t pass. How to keep donors up-to-date, let them know how the organization was putting their past gifts to good use, and make sure they did not miss the opportunity for year-end giving?

Davidson & Co. proposed an untested idea; one with no statistical evidence to prove it could work. Our intuition, honed by decades of experience, told us would work. The organizational leadership agreed to give it a try. The organization did not mail a traditional year-end appeal. Instead, Davidson & Co. worked with the organization’s president on six appeals, mailed once a week and penned in medias res, that brought donors up to speed and made a brief, firm ask for year-end support. Despite the increased cost, the series of letters netted 5.76 times the prior year’s year-end appeal (and 5.54 times the net of the year-end before that).

A Change of Perspective

It’s an axiom of fundraising that subscribers and donors are two completely different groups of people – and that the former isn’t interested in becoming the latter. But for one client, resting on this rule wasn’t enough. Over the decades, they’d built a large list of individuals who receive their publications, which tend to be cerebral and academic. Now, they needed a strategy to develop their base of philanthropic support – and the subscriber list was all they had.

A client looking to grow its direct-mail program had one resource in its back pocket – but one that most fundraisers would declare all but useless. An earlier low-dollar mail program had yielded a large file of individuals who made small gifts, but the file hadn’t been touched in more than two years.

Shana designed a strategy to not only re-engage but upgrade donors on the file, effectively converting it from a low dollar to a high dollar file in less than three years. Thanks to a strategy of creative and consistent communications, the client now has a high dollar file which responds to appeals at a rate comparable to that of organizations with very mature high dollar direct mail-programs.

Starting From a Standing Stop

A new client had an exciting vision – but not much else. A brand-new startup, the client had only a few donors and even fewer prospects, but they wanted to grow quickly. To make the challenge more interesting, the organization had been launched to take on an issue that has notoriously confounded fundraisers.

Shana worked closely with the organization’s staff for four years, serving as an integral member of the team. From a standing stop, Shana built a file of more than 3,000 active house file donors that provided both a base of ongoing support and a rich source of major donor prospects.

“I’ve worked with Shana for years now, when we called her firm in to clean up a mess we had. She sat down with us, figured out where the problems were, came up with a sequence of actionable items, and it worked perfectly.”

“Davidson & Co. provides very professional, customized direct marketing services for its clients. Shana is extremely knowledgeable and is focused on producing the highest quality product and the best results for nonprofits. We are happy to recommend Davidson & Co. to any nonprofit that wants to expand its base of donors.”

“Sharp as a tack, uber responsive, knows her stuff, gets that stuff done, and will shoot straight with you. But wait — there’s more! She’s a complete blast! You heard it here first.”

“Shana has a gift – backed up by years of experience and a dedication to data – for going to the heart of an organization’s mission and crafting a compelling narrative that emphasizes your unique selling proposition. She also excels at adapting those messages according to the calendar, the newspapers’ front pages, or your most recent policy win or organizational challenge.”

“Shana has been an incredible resource for us. Even more, she takes the time to explain the reason behind everything so that we can learn from her experience.”

“With a wealth of experience in politics, the free-market movement, and agencies, Shana can advise organizations at any level – whether you’re just getting started or you have a robust program in place already.”

“Shana oversaw our direct mail program for more than seven years, with responsibilities including the donor acquisition program, house file mailings, donor communications, and general fundraising responsibilities. She successfully built a house file while raising net money for the organization. She understands the science and art of direct mail fundraising. She is a good copywriter and keeps up with the latest information and techniques in the industry. I can offer an unqualified recommendation of Shana’s work in direct mail and development.”

Roger ReamThe Fund for American Studies
“Shana is a motivated, forward-thinking consultant with extensive experience and knowledge in her field. Her hands-on strategy managing high dollar direct mail campaigns has produced phenomenal results. Her commitment and attention to client detail are impressive, and she is among the very best consultants that I’ve had the pleasure to know. Shana possesses a winning combination of solid skills and business sense, and I have learned a great deal from her. I have no hesitation in working with Shana again in the future or recommending her to other organizations.”
Lisa Hazlett RobertsAmerican Institute for Economic Research

Shana is very knowledgeable about direct mail and highly resourceful in its execution. My organization is a client of Shana’s, and she is achieving great outcomes for us. Despite the fact that we brought her a difficult situation (we hadn’t mailed to our file in two years, we had previously only had a low-dollar direct mail program, and we were going through a bumpy database transition), Shana created a unique plan for us that “prospected” and reactivated lapsed donors, re-engaged current donors, and converted our low-dollar file to a high dollar-file with a good, consistent response rate, all in less than a year. We are better off for having worked with Shana!

Genevieve McCarthyNational Taxpayers Union
Shana does a fantastic job capturing the wonky details of tax policy in a voice and tone that the public can understand. That isn’t easy to do! She is a delight to work with.
Nicole KaedingTax Foundation
PreviousNext

Let’s meet first to discuss your current challenges and opportunities, short-term and long-term goals. We’ll determine together the best plan for moving forward. 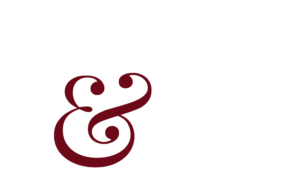